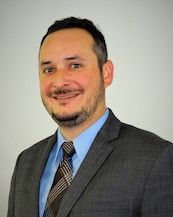 Eric C. Turnbull is an associate specializing in commercial and civil litigation, municipal law, insurance defense, and business law. He focuses his practice in the areas of both business disputes and business transactions and has litigated a wide range of civil cases.

Mr. Turnbull takes on legal challenges and provides counsel for both growing and established enterprises and represents companies in acquisitions, real estate transactions, employment matters, and trademark prosecution and brand protection. Also an experienced litigator, Mr. Turnbull has tried cases in both state and federal courts, focusing on commercial disputes and municipal litigation. He has worked with both state and federal trial courts and the Michigan Court of Appeals.

Mr. Turnbull graduated from De La Salle Collegiate High School in 2005. He received his Bachelor of Arts degree from Michigan State University in 2009 and his Juris Doctorate from Wayne State University in 2012. While in law school, he served as Senior Note Editor on the Journal of Law in Society. Mr. Turnbull was admitted to the State Bar of Michigan in 2012 and is licensed to practice before all Michigan State Courts and the U.S. District Court for the Eastern District of Michigan. He is also a member of the Macomb County Bar Association, the Michigan Intellectual Property Law Association, and the State Bar of Michigan Character and Fitness District Committee.